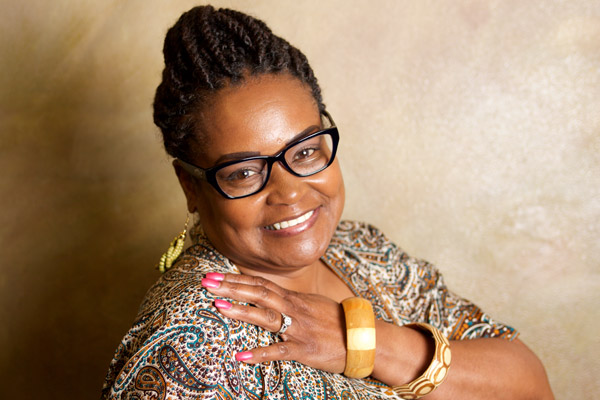 I was always hungry as a child. Not because of lack of food, but because my mother couldn’t cook. She was a single mom who’d disappear for stretches, leaving me to care for my siblings. She struggled with drug addiction and the life of a hustler with four young children.

Lisa James could have uttered those words in her own defense when she stood before a judge in 2003. She did not. Nor did she cry — amazingly, because she had always been a crier. In that court room, a rightness possessed her so completely it felt like new skin. She was sober, now for 59 days. Oddly, unafraid.

She had violated the terms of a 2002 sentence on drug possession charges and voluntarily faced her day in court one year later. Due to a previous charge in 1997, she was convicted. Back then, the prosecutor presented a deal: plead to the firearms felony (which emerged from an illegal search) and the lesser charges would be dropped. She could serve out her time on weekends followed by five years probation.

It was a bad deal. But that’s all she’d ever known.

My world was demented. People who were let into our house, drank and got high … my mother ran the streets and left me alone and a man who broke into our house sexually abused me … I was suicidal.

The high tide of the crack epidemic was raging. Lisa got pregnant at 14. Eight more kids followed, one tested positive for drugs, some born during brief sobriety stints. But she didn’t know how to be a mother.

Drugs was all I knew and it was what I did.

She began sharing pure hell beside her mother. As the two got high on crack rocks, the mother-daughter bond became a tangled, blistering mass. It oozed rivers of a young girl’s hopes turned foul.

That’s the Lisa who jumped at the prosecutor’s bad deal in ’97. When the first weekend rolled around, she decided to skip jail, followed by passing on the next weekend, and the next, until somewhere along her downward tumble, it didn’t happen at all.

She’d eke out moments of normalcy, immersing herself in books, music; she loved to draw and would even write. A vivid imagination would take her to places new and unknown. Sick and tired of herself, she drew on that imagination in 2003.

With 59 days of good sobriety, she was poised and in the moment. The public defender made no case for Lisa on that day. The judge listened and then sought the probation officer’s recommendation. Lisa thought her ears had ceased to work when she heard incarceration, 16 months. The judge nodded, agreeing.

Lisa was stunned. Yet, oddly, she felt anchored. As the judge raised his gavel to affirm the ruling, she asked permission to speak.

Lisa did not know this woman standing there, dry-eyed, with untapped reservoirs of strength. She surrendered to this Lisa as they led her from the court. In prison she avoided women who would pull her back in. She went to church, the library, kept a journal. To rave reviews she even wrote a play about women who were incarcerated for saving their own lives by killing their abusers.

From the Greyhound bus station, in prison clothes, she went directly to a meeting to continue her journey in sobriety.

Everything I owned was in a little box. I had nowhere to go. One of the women told me of a program, A New Way of Life. I dialed it and the director answered. I told her my situation and she told me a number to call. I said I have no money. Her reply: “Did I ask you for money?”

I cried never-before tears of gratitude. Doors opened. I enrolled in school, got an apartment, went through DUI classes to restore my driver’s license. I got a car. Today I have a job driving a bus.

Most important, for the first time in my life, I have stability. A home, a husband who loves me; he cherishes my sons. I see miracles as they happen. And I too have a nonprofit organization giving women what was given to me. They are embraced through every step that they take.

I still have emotional breaches; grown children I’d been separated from who still don’t trust my sobriety. But I’ve accepted healing as a process and I know that this is my journey, and if I don’t continue to fight for it no one will.

The prison system was designed to break me, but it only made me stronger. I refuse to live a life of defeat. The fight remains.

I want to give to my children’s children what I never had. So here’s the question: How to pay for 15 grandchildren to go to Disneyland?

I’ll do it one ticket at a time.

Lisa James, 52, is a bus operator, author, playwright and founder of Women in Transition, an advocate of formerly incarcerated and women in recovery. She is a wife, mother of nine and grandmother of 15 who served 16 months in state prison.